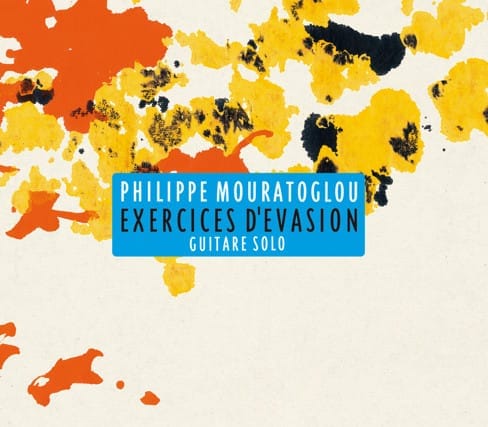 ÉVASION in French evokes the action of freeing oneself from the domination of something
EXERCISE: the act of bringing into play or realizing in action (Merriam-Webster)

One may easily be tempted to identify a musician with a style, an approach, or a specific skill. Yet, many paths are open to those who nourish themselves on a diversity of esthetics and who feel the call of so many fascinating cultures. These people are incessantly faced with a burning question: what to play? Or more exactly: what to play now? Like life itself or other any journey: what road to go down, what route to explore? What adventure to set out on, which countries to discover?

and why not, simply, let the imagination run wild...

To jump back six centuries to lean over the shoulder of lutist Francesco da Milano, to take an unencumbered look at one's favorite jazz standards, to travel to the limits of the instrument - Egberto Gismonti - and pay homage to those who touch us with the deep maturity of their composition - Toru Takemitsu - or by pushing the boundaries of performance - Arthur Kampela, not forgetting to allow oneself to be borne away by the magic of the moment by improvising between these lines...

By freely crossing over between classical, steel-string and baritone guitars, by exploring the promising colors offered by open tunings and by placing their repertoires into perspective,

Philippe Mouratoglou gives his personal answer to the question of "What to play" in this new Vision Fugitive opus.

Neither an album of ancient music, nor avant-garde, nor an album of pure improvisation, nor an album of repertoire, "Exercices d'évasion" is the singular recital of a guitarist who is open to all styles and who has chosen, during the time of a new session at the La Buissonne studio, to deny himself nothing.