Beyond the blue horizon 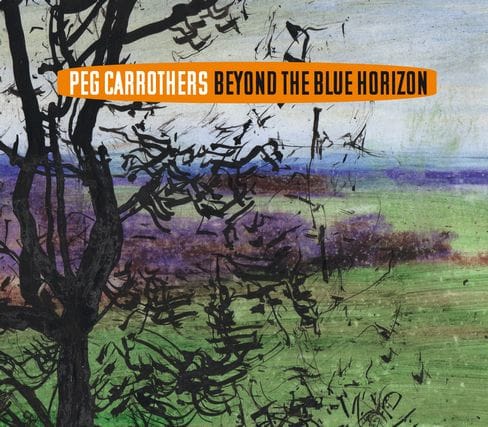 In 2001, when her first album was released, “Blue Skies”, recorded two years earlier with a handful of talented musicians from the Minneapolis jazz scene, directed by her husband, a certain Bill Carrothers, set to become one of the most subtle and finest pianists of his generation, Peg introduced herself as follows: “We currently live along the Upper Peninsula of Michigan with two kids, a cat and a goldfish… Music is the most precious thing in my life and helps me cope with this crazy, crazy world…”


Twenty years on and things are still more or less the same.

The couple still live in Mass City, a stone’s throw from Lake Superior.

The kids have grown up…

Other cats, other dogs have come along to squat the home.

Bill has become an unrivalled master of contemporary jazz piano.


Of course, several records have appeared on the scene, now and again, in the interval.

A second named “Edges of my Mind”, released in 2014 under the Vision Fugitive label.


But basically, Peg Carrothers has stayed the same.

Altogether apart from any other aesthetic movement that typically falls within our “globalized” pseudo-modernity – altogether current, steering well clear of fitting in.

As if, at the end of the day, deeply-rooted in her inner America, vast geographical, idiomatic, cultural and imaginary landscape, Peg, from earliest childhood in church or in family gatherings, could only but sing what she lived, how she lived, where she lived, for herself and for her kin – etching her voice in the present as a “natural” extension of all those who, before her, had used and followed the same songs, drawing her profound originality from a sort of self-effacement in this great collective choir/body…


Without a doubt, her richest and most fertile paradox lies here within – nothing self-sufficient, intrinsically popular or ostensibly backward-looking ever hinders the universal reach of this “domestic music”, marked in its own way by the passage of time and the hullabaloo of the world…


This new album, “Beyond The Blue Horizon”, recorded in Minneapolis, as always along with the same crew of musicians (Bill Carrothers on the piano, Dean Magraw on the guitar and Billy Peterson on the double bass), is yet, once again, a masterful illustration. Drawing as per usual from the vast repository of her heritage, her memory and her tastes, with unbridled freedom Peg Carrothers concocts an extraordinarily coherent programme on appearance disparate — bringing together a handful of jazz standards from the 30s and 40s (“Sweet and Lovely”, “Dream”, “Moonglow”…); a few pearls from the Great American Songbook (“Beyond The Blue Horizon” as well as “Happy Days Are Here Again”, a melody taken from a musical from the end of the 20s which would become the signature tune of the Roosevelt presidential campaign in 1932 …); two brilliantly reinvented pop ballads (“I’ll Stand By You” by Chrissie Hynde; “Right When It Belongs” by Trent Reznor, lead singer of the band Nine Inch Nails!) and an exquisite original track composed by Bill Carrothers around a text by the Russian poet Konstantin Simonov (“Wait For Me”).


As always “kept at a distance” by the spectral and dreamlike grace of the sublimely-sophisticated minimalist arrangements, Peg Carrothers’ diaphanous, ethereal, nonchalant voice permeates the meanders and curves of these deceptively simple themes to inspire disturbingly hushed interpretations, infused with wild-eyed languor and slowness, modestly and subtly inviting into a selection of ephemeral “behind-the-scenes” perspectives of the American dream, in the off-the-wall-style of David Lynch movies.


The magical quintessence of Peg Carrothers’ raw sophisticated vocals, a response to this “crazy, crazy world”, an inspiration to create yet live with it, stripped bare yet spellbinding…

Beyond the blue horizon - Peg Carrothers