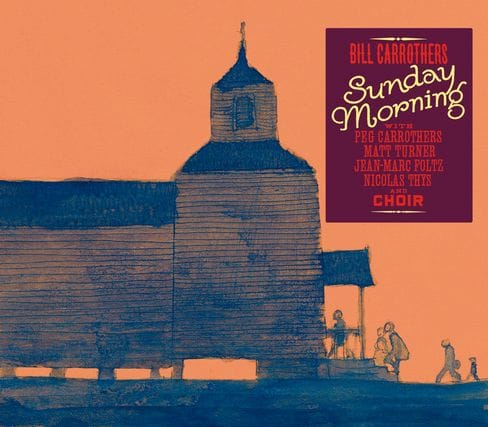 I have always been fascinated by a form of "musical psychonanalysis" . Returning to the sources. To the origin. A few years ago now, I proposed to Bill, that he returned to his source. His, is in the church. It is there that he learned music and the piano.


In 2009 we recorded at La Buissonne a piano solo album based on "Hymns and Church Songs" . Both of us being dissatisfied with the result, the album was never published. But the idea bothers me. It is in this vein of "Americana" that with him means so much to me. There is also something else that bothers me. Bill never writes arrangements. He who possesses such a personal sense of harmony.


In 2011, thanks to Vision Fugitive, I therefore proposed that we pick up the theme with a larger formation and especially a choir for which he would write all the harmonies. Two birds with one stones. For in the African-American music, that is so close to our hearts, the origins are also in part from the church - and the cotton fields. But it is to gospel that we are referring. Bill is a Lutheran protestant, Peg, a catholic and I, an atheist. And it is therefore closer to Bach that we find the flow of our source.


And I am no less proud.

Watch the videos
Buy
Any