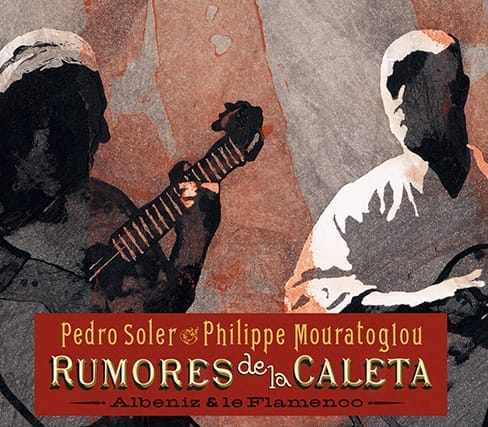 The work of Isaac Albéniz (1860-1909) was deeply inspired by popular music: Suite espagnole, Iberia, Recuerdos de Viaje, Cantos de España... Although he composed for the piano with the greatest respect for the original forms - sevillanas, malagueñas, bulerias - his style was obviously influenced by the specific colors of the guitar.

In a dialogue around his work, guitarists Pedro Soler and Philippe Mouratoglou reveal the essential relationship between the musical language of the composer and that of flamenco players. The first, born in 1938, trained with the masters of the golden age of flamenco, whose art was close to that which Albéniz heard in his day. The second, a musician with a very wide repertoire, has created an original and rigorous transcription for the guitar of the work of the great Spanish piano master. Together they unveil a primitive cante that mixes passion and restraint.