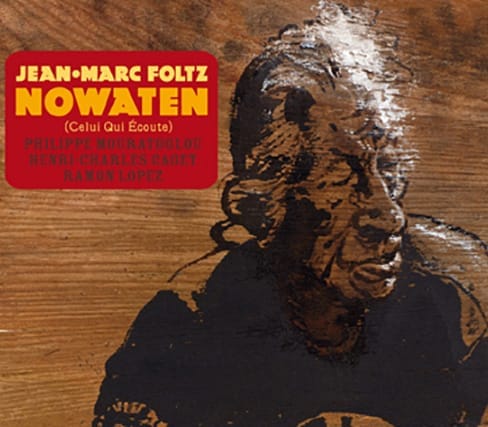 MUSIC INSPIRED BY THE WORLD’S SPIRITUAL RITUALS AND WISDOM -

As an extension of Viracochas, previously released on the Vision Fugitive label in 2013,
Jean-Marc Foltz presents the second chapter in an exploration of the world’s spiritual rituals, kindled by his long-standing fascination for ‘wisdom keepers.’
Having discovered Nowaten, a Native American shaman in northern Michigan, in the film Down To Earth, the spirit of “He Who Listens” moved Foltz profoundly.
Exploring the pictorial metaphor, the CD opens to a portrait of Nowaten on wood by graphic artist Emmanuel Guibert and plays out like an album, both acoustically and visually, as the singular 40-page liner notes feature poignant paintings by drummer Ramon Lopez. Melodies in primary colors emerge from the encounters between clarinets, guitars and percussion as sound, expression and image coalesce in a subtly nuanced fresco that invites listeners to an inner journey of meditation.