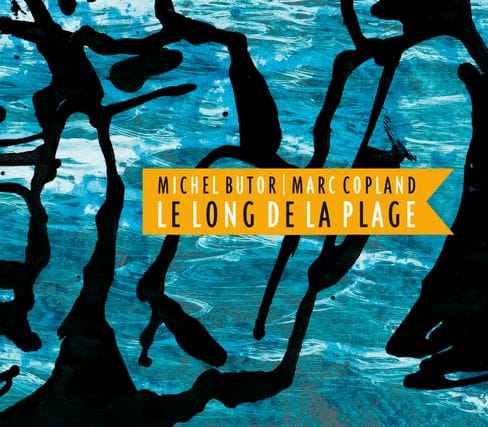 2003: I discovered Marc Copland through his "Poetic Motion" record (released on Philippe Ghielmetti’s Sketch label in 2001). When I played this music to French novelist and poet Michel Butor, he told me that he found in it a kinship with Robert Schumann. That’s all but true.

2008: An idea comes to my mind and I tell Ghielmetti about it: I know about Copland’s interest in poetry, so I propose that he should improvise on texts written by a contemporary French writer whom I know and who might interest him. Marc doesn’t know Butor’s work, so I send him texts that Michel has chosen. At first reading, he is not only delighted but offers to improvise and also compose music pieces inspired by these texts.

2009: And if… and if Michel also agreed to write texts with Marc in his mind? I make the proposal, which is accepted right away, and Michel writes the texts that are included in this booklet.

2010: What now? A record? Sure, but how? Philippe comes with a proposal: Michel will read his texts while Marc plays the piano, the two of them sitting in the same room, like a duet of jazz musicians.

2011: On a fine morning we all get together at Gérard de Haro’s La Buissonne recording studio. No previous rehearsal: the first take of the first piece flows out naturally. The subtle interplay and the clever mutual listening of the two artists foster thrills in the recording booth. No stops, no overlapping of each mode of expression: Michel is as much of a musician as Marc, who himself is a poet on this particular moment.


2012: I never had hoped that I'd hear what I heard on this day, and what I still hear today. The fact that these two artists really met is all but obvious on this record. Listen up, and make up your mind.

Watch the videos
Buy
Any