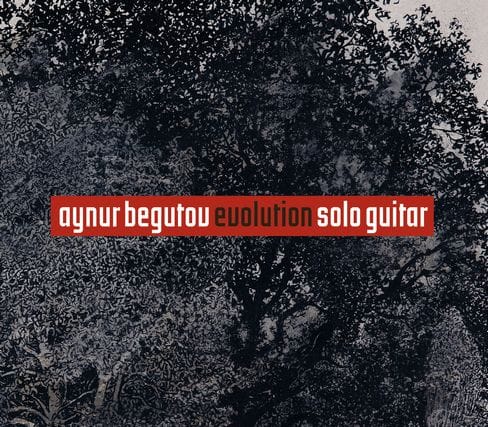 The history of Russian seven-string guitar began in the late 18th century when guitarist and composer Andrei Sikhra created a professional guitar school in Russia. From then on, the instrument opened the path towards the works of numerous writers, poets and playwrights (Pushkin, Lermontov, Grigoriev), painters (Tropinin, Makovsky, Perov) and composers (Varlamov, Khandoshkin) and would gradually become appreciated at all levels of Russian society.

Andrei Osipovitch SIKHRA (1773 – 1850) is considered to be the founder of guitar teaching in Russia, enabling it to reach the rank of concert instrument. The author of the Theoretical and practical school for the seven-string guitar, he wrote hundreds of works and created many arrangements for guitar and guitar or piano ensembles. He is also the author of the first Russian concerto for guitar and orchestra (the score of which has been lost).
The Variations on the cavatina from The Thieving Magpie, based on the opera by Gioachino Rossini, offers a brilliant example of Sikhra's art. From the introduction, one can only admire the evidence of the composer's orchestral thinking as well as his deep knowledge of the technical possibilities and various registers of the guitar. His intensive use of the "Campanella" technique - which takes full advantage of "open" strings - is particularly remarkable. Musical thought and instrumental technique always go hand-in-hand and mutually enrich each other, revealing the genius of the composer.

Nikolai Ivanovich ALEXANDROV (1818 - 1884) was among the most talented of Andrei Sikhra's students. The latter dedicated some of his finest works to Alexandrov, among which is his fantasia entitled Sredi Doliny Rovnyya (In the Valley). Among the very rare biographical details concerning him, we know that he served as colonel in the Hussars of the Imperial Guard, which he was to leave in the 1860s to devote himself entirely to music and study composition with the famous teacher Tivolsky. His music is highly representative of the parlor music culture of mid-19th Russia. The Valse de l’Adieu was very popular in its time; the Mazurka is full of elegance and grace; the lightness of the Chic Polka evokes the balls and celebrations of Russian nobility.

Mikhail Timofeyevich VYSOTSKY (1791-1837) can be called a true genius. His father was a clerk at the estate of the famous poet Kheraskov, in the village of Ochakovo near Moscow, where Vysotsky was born and grew up. It is also where he took his first guitar lessons with Aksenov, who was Sikhra's most brilliant student, and who often came to stay at the estate. After the death of Kheraskov, Vysotsky moved to Moscow around 1813 and lived there until his death. He rapidly gained renown there as a guitarist and his lessons were highly acclaimed. His circle of friends and admirers then included numerous celebrities from the world of music and literature (M. A. Stakhovich, M. I. Lermontov, A. I. Polejayev, A. I. Dubuque, and many more). Fernando Sor met him in 1823 and spoke of him with respect and enthusiasm. As a performer, Vysotsky surprised his audiences with his unusual technique, his talent for improvisation and the richness of his musical imagination. He notably left us the Practical school of seven-string guitar, which includes arrangements of works by Mozart, Bach, Beethoven and Hummel, as well as some original works. The core of his work as a composer nonetheless consists of variations on Russian folk songs. Of modest origin, he understood the deep meaning of the traditions that he translated into music.

A trained cellist, Matvei Stepanovich PAVLOV-AZANCHEEV (1883-1963) taught himself to play the seven-string guitar. From 1924 to 1933, he was the conductor of the Vladikavkaz Symphony Orchestra and then settled in Sochi where he served as soloist - on cello and guitar - with the Philharmonic Orchestra. In 1945, the result of a false denunciation, he was arrested for anti-Soviet propaganda and was sentenced to 10 years in a prison labor camp and the confiscation of his property (he would only be rehabilitated posthumously in 1993). After his release from the gulag, he settled in the Krasnodar region where he performed on stage and gave guitar lessons; he nevertheless lived in great poverty. In the last years of his life, he lost his modest means of subsistence and was obliged to seek assistance at the hospice of Armavir, where he died on January 8, 1963.

As composer, he wrote 97 original works for guitar and 625 arrangements for orchestra. In the 1950s, he arranged several extracts from the ballet Navstretchou solntsou (Seeking the sun), including the Snowflake waltz.

The music of Konstantin Germanovitch VASSILIEV (1970) is a skillful mix of experimentation and classicism. The Five Russian Sketches were written for Aynur Begutov in 2012. Each of the movements of this cycle evokes a specific type of craftsmanship: the fairy-like Fedoskino Miniature describes traditional Russian lacquer and oil painting; Kargopol toys are small clay objects that appeared in the 20th century; Gjel evokes the ceramic and porcelain figurines adorned with elegant blue painting that are typical of the villages of the Moscow region; the lyrical intermezzo Finift pays tribute to a special manufacturing technique for miniature images and caskets covered in painted enamel; Khokhloma, the spectacular end to the cycle, reflects the brilliant red and golden colors of the eponymous traditional art form.

From 1969 to 1975, Alexei Alexandrovich AGIBALOV (1940-2019) worked at the musical and pedagogical school of Frunze. There he notably conducted the students' orchestra of Russian traditional instruments. He then became a soloist for Kirghiz radio and the Philharmonic Orchestra. He performed throughout the USSR and participated in the first international festival of Russian guitar in the United States in 2006. He produced over one hundred programs for the Guitar and Guitarists series on Kirghiz radio and television. Among his works for seven-string guitar, there are six concertos with orchestra, sonatas, suites, adaptations of folk tunes, original music, and various essays.
In his Fantasia on the poem "My bare maple", Agibalov subtly succeeded in transmitting the lyricism of the poet Sergei Yesenin. The author saw this fantasia as a "tribute to the masters of the 19th century". It is certainly his most profound work, a masterpiece among the Russian literature for guitar.

After graduating from the Tula music school in 1975, Sergei Ivanovich RUDNEV (1955) specialized in the bayan and the balalaika. He is a self-taught guitarist, studying notably in Moscow with the teachers Slavski and Panin. Rudnev is a highly original guitarist/composer, a great improviser and one of the most frequently performed composers for guitar in Russia. The career of this exceptional musician includes two musical films produced for Russian television. In addition to music, he has an interest in martial arts and holds a black belt in karate.
The folk dance Pochla mlada za vodoy (The young girl has gone to fetch water) originates from the Tula region, more specifically from the Chern district. The melody has existed for several centuries and one can recognize the influence of the culture of the Golden Horde and the Don Cossacks, who introduced the oriental style into the art of the Russian song.
The composer's version for seven-string guitar was written for Aynur Begutov's 2018 American tour.

Sergei Dmitrievich OREKHOV (1935-1998) was born in Moscow in 1935 and started learning guitar in the 1950s. After serving in the army in 1956, he was hired as accompanist at the Concert of Moscow and performed with his wife, the singer of gypsy songs and romances Nadejda Andreyevna Tichininova. Their duo was famous throughout the USSR. He also founded, with Alexei Perfiliev, a guitar duo which recorded a legendary record of Orekhov's music for the Soviet label Melodiya in 1985. As a guitar soloist, he gave concerts in Germany, Poland, Yugoslavia and France.
Sergei Orekhov greatly contributed to the creation of a Russian national repertoire for guitar. His work has had an enormous impact on the dissemination of the seven-string guitar and has stimulated several generations of guitarists to devote themselves to the instrument. His artistic legacy includes many dances and adaptations of gypsy and Russian romances whose dramatic content, form and exploitation of the possibilities of the instrument surpass anything that existed before him and which represent the culmination of the history of the seven-string guitar in the 20th century. Here we present three of his most beloved and most frequently played works.