Edges of my mind 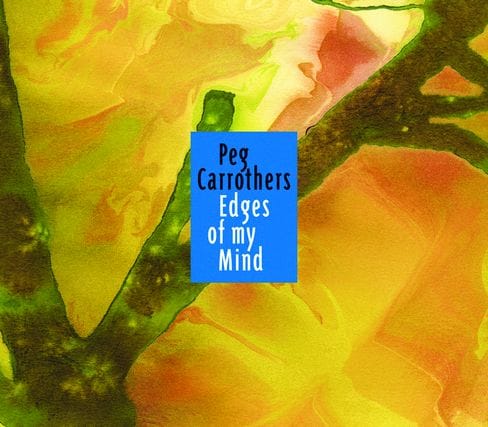 Peg Carrothers was born and raised in Minneapolis. A dedicated school music program allowed her to explore her singing talent and to study the classical opera tradition at the University of Minnesota. She turned to the jazz community for inspiration and built a standards' repertoire, performing with many talented local musicians such as Dean Magraw, Chris Bates, Jay Epstein and Bill Carrothers - with whom she got married. She is featured on different recordings, including The Voices That Are Gone of cellist Matt Turner and on others recordings also involving Bill: Playday, Armistice 1918, and Sunday Morning. It is only in 1999 that she recorded her first project Blue Skies.


For her second project, Edges Of My Mind, to be released of french label Vision Fugitive in November 2014, she sings what she likes: Stephen Foster of course and also: Aerosmith, the Rolling Stones, Johnny Nash, Michel Legrand and also one original song.


The title track was written by Boe Harbison, a singer-songwriter friend of her. His poetry captures the tangential thoughts that became a springboard for the rest of the CD. The musicians create a supportive wall of sound, blending with the vocals to enhance the mood of quiet reflection.

Edges of My Mind - Peg Carrothers