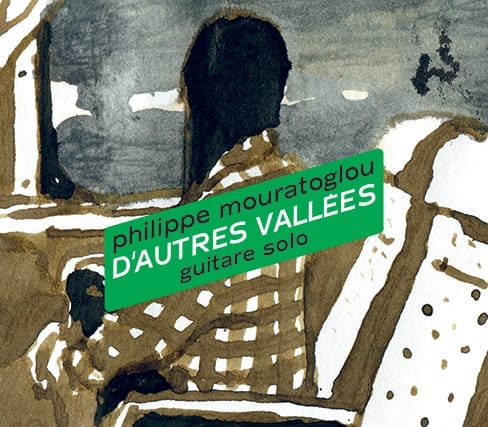 While Philippe Mouratoglou’s previous solo CD was called Exercices D’Évasion [Exercises in Escapism], this one could have just as easily been entitled L’Art de la Fugue [The Art of Flight], in its most figurative sense. Fleeing the shackles of academic standards and labels, this avid artist simply reaffirms the aesthetic beauty of all music, from classical to popular and from the Renaissance to the present day.
Of course, you might say, isn’t that what all musicians who mix genres and periods in a pedestrian way do? Well, no, not at all. Philippe Mouratoglou does not mix genres, nor does he give in to the magnetic pull of ‘fusion’ music made to match any taste. His delicious elixir has a flavor all its own. Making sure the music stays specific to its genre and/or period, maintaining its original character and building bridges to connect the dots is his mantra.

Two 20th century tours de force written for classical guitar – Sonata by Leo Brouwer and Nocturnal op. 70 by Benjamin Britten – create the blueprint for this manifesto. Composed in 1963 for distinguished British guitarist Julian Bream, Britten’s masterpiece offers a series of variations/digressions on Come Heavy Sleep, one of the most celebrated Lute Songs by Elizabethan virtuoso John Dowland. Not a detail but a defining feature, it expounds on eight variations played ‘in reverse,’ starting with Dowland’s last and most abstract, moving backwards to simply articulate his original theme in a ninth passage marked slow and quiet. In addition to being technically difficult, mastering this piece in its entirety is an intricate task that requires the panoptic perspective of an accomplished performer who will not get lost in its maze of complexity. Philippe Mouratoglou does just that by creating the tension it takes to thrill listeners from beginning to end.
Composed in 1990, Leo Brouwer’s Sonata conveys the uniquely quintessential style that is as rooted in his Caribbean heritage (1st movement of Fandangos y Boleros) as it is devoted to modernist expression (Sarabanda de Scriabine).
Tying these two monumental pieces together, Philippe Mouratoglou intertwines six or twelve chord improvisational interludes on folk guitar that identify escape hatches to a place where notions of new and old surrender to more modern expression. It only takes a few bars of Passacaille pour Luc to fully grasp how he reinvigorates the ostinato rhythm of baroque dance to reveal its fresh new potential. Improvised on metal string instruments akin to the orpharion and bandura, cousins to the English Renaissance lute, ‘autres vallées’ [other valleys] offer powerful meditations, all as enlightening as they are profound.

Just as Britten brilliantly spotlit the endless innovations of John Dowland and Brouwer successfully merged Afro-Cuban rhythms with the ‘mystical’ harmony of Alexandre Scriabine, Philippe Mouratoglou taps into every imaginable playing technique to break free of the confines of time and break down barriers between genres. Uniting seemingly distant lands, his ‘autres vallées’ contradict the maxim that ‘mountains never meet.’
But, indeed they do, here in the music of Mouratoglou.